Telescopi Italiani is an Italian company  founded in early 2014 by professionals with decades of experience in the field of amateur astronomy, in mechanics and design of astronomical instruments. Its goal is to become a reference point in the field of the world market of astronomical instruments. The founders come from different fields and experiences: both have extensive knowledge in mechanical engineering, materials, optics, micro controls and all the advanced technologies and are joined by the same deep love for astronomy.

The founder Mr. Leonardo Priami is an aerospace engineer and amateur astronomer since 1982 when  he began to use his first  telescope a Vixen R100-L with which taken the firs shot to the main Solar System objects and main deepsky fields. In 1986 he photographed Halley’s Comet with a 80-200 zoom . A few amateur astronomers today can boast these memories. In 1995 he founded a local Amateur Astronomers Group and started the construction of a Newton 300 mm f / 5.4 , and its equatorial mount, one of the first GOTO in Italy.

In 2000 he graduated in Aerospace Engineering at the Faculty of Engineering of Pisa and began working, within ESA programs, with the company Alta SpA, european leader in the field of space electric propulsion up to 2012.  In 2002/2004 he built the first CCD  transforming webcams, changing sensors, introducing Peltier coolers and designing new enclosures, with which obtained the first images Deepsky. During the 13 years of experience in the aerospace field, he has gained extensive knowledge in the field of mechanical engineering, materials, optics, micro controls and all the advanced technologies. 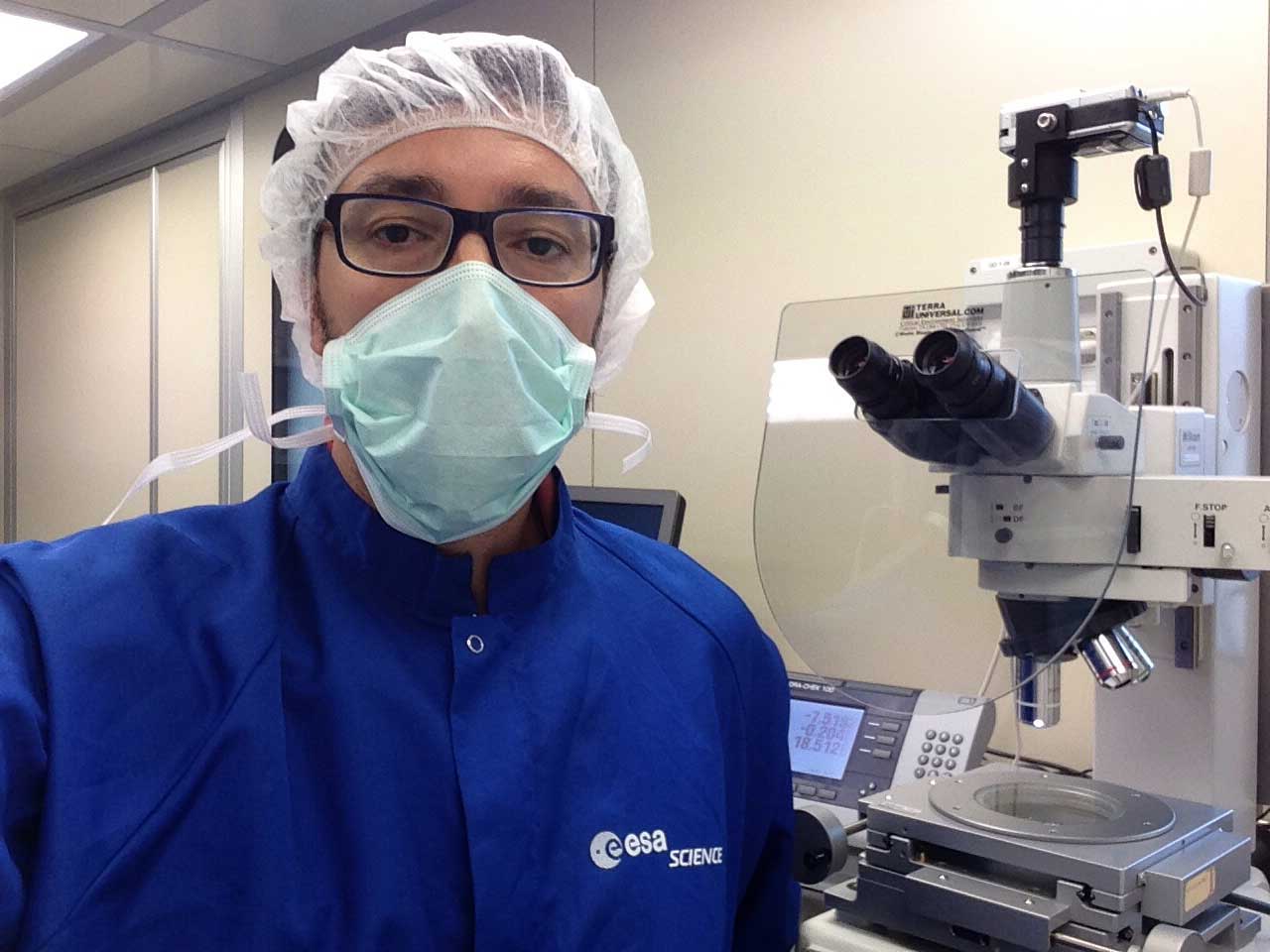 More and more fond of astronomy and astronomical instruments, he collaborated in 2005 with the Gemini Hungarian Andras Dan, mechanical design 3D FEM analysis of the Mountegra single arm mount, a motorized focuser, built- in filter wheels , etc. . The prototypes are presented at the “Fiera di Forlì” the most important Astrofest in Italy in 2005.

Since 2008 he has thorough knowledge in the field of optical design and composite materials with the valuable support of real experts in the field . In 2010, the first astrographs with about configuration optimizes Harmer – Wynne and shows the performance on his personal website premiered in December of 2010 ( LINK) .

Six long years were needed to develop the many innovative solutions that will be present on the instruments made by Italian Telescopes. 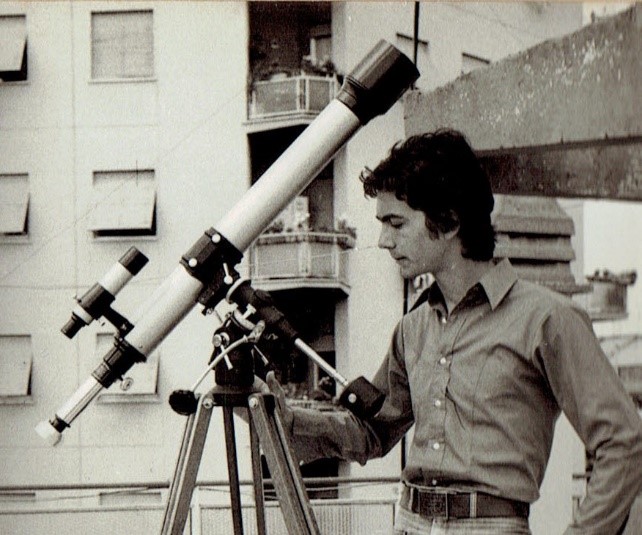 The founder Claudio Dandolo began to be interested in astronomy from an early age, with an old pair of binoculars, replaced very soon with an 80mm refractor telescope. This was used, as early as 1971, to took pictures of the Moon, the Sun and some deep-sky photography.

After his mining engineering studies at La Sapienza University of Rome, he joined the Navy, attending the Livorno Military Academy, serving as an officer at the Port Authority of Venice and Rome.

Driven by his own curiosity and relentless desire to know, he started working in other fields, opening a Nautical Agency in Rome, becoming a diving instructor, event photographer, working in the field of construction and renovation, industrial refrigeration, catering, opening a camping in Tuscany and traveling the world thanks to twenty-five years of work in Alitalia.

He designed and self-builded a 48 foot motor yacht in laminated wood with unusual structural and mechanical solutions. This complex 6-year experience brought him considerable knowledge of composite materials, resins, materials and treatments, and continuous training in problem solving.

he built his own observatory and equipped it with the highest level instrumentation.

Always in search of the best and of new solutions, he undertook with the other founder the adventure of building the best astronomy tools, using all new available technologies. 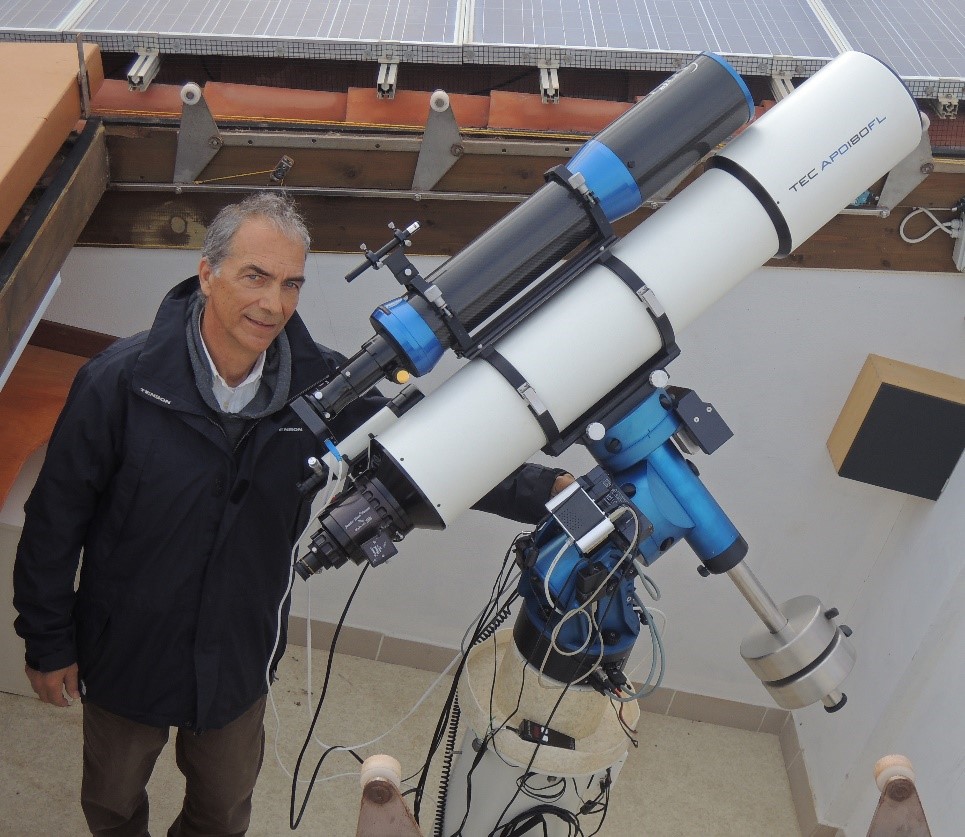